Parcels for this park were acquired in 1901, 1941, 1946 and 1980. This is a wooded park located near the downtown area, formerly referred to as McKinley Park, and renamed in 1966 to honor Emerson McAdams, a former city policeman who served 27 years as director of McKinley Park.

Facilities at the park were enhanced in 1968 in conjunction with construction of the canal route. Land and Water Conservation Funds, provided by the Kansas Department of Wildlife & Parks and the National Park Service, have been used to develop this park.

Technology For All will be designing and implementing a new computer lab. This computer lab will include the following: 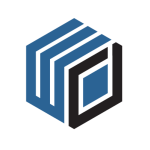 © 2019 TECHNOLOGY FOR ALL. ALL RIGHTS RESERVED | POWERED BY THEWEBDESIGNHUB